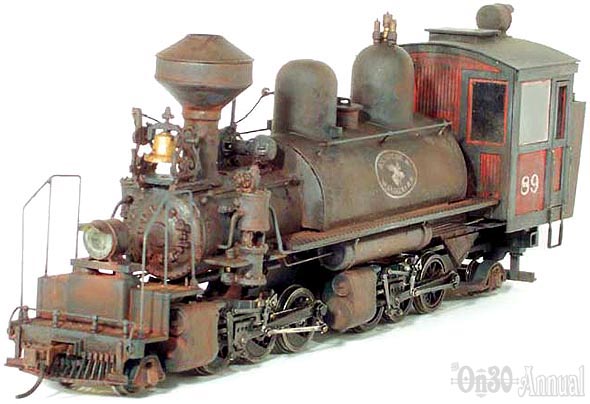 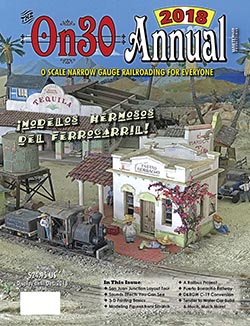 Welcome to the thirteenth issue of the On30 Annual. Each year, we welcome you to the issue in the head of this column, but I’ve decided to make a change that better reflects what I’ll be writing about here going forward. That would include current events, hobby trends and happenings that impact us as On30 modelers.

As this issue is going to press, there was the bombshell announcement that Grandt Line will be closing their doors in June after over 60 years in business. Late news indicates they may be willing to sell the assets to someone with the knowledge and wherewithal to run such an enterprise, but Grandt Line as we know it will be gone. This is and always was a family run company, and I want to publicly thank the late Cliff Grandt for starting the company, Dave Grandt for running it and expanding its offerings, the late Robert Grandt for his HOn3 additions to the line and his series of pictorial books (used almost daily here), Cliff’s daughters Liz and Phyllis for all they did in running the business and getting orders sent out along with Peter, Mary and Jessie. Thank you. The model railroad hobby, the dollhouse miniatures hobby, and narrow gauge modelers in particular owe you all a huge debt of gratitude. I hope you have a long and enjoyable retirement. You have earned it! We simply would not be where we are in the hobby without the contributions of Grandt Line and the Grandt family.

Cliff Grandt started back when there was little offered commercially. His scratchbuilt HO 4-6-2 appeared on the cover of Model Railroader in 1935. If he needed something, he built it. A machinist by trade, he cut dies for an SP 0-6-0 HO locomotive, which he ended up selling to Model Die Casting. He made patterns for the well-known Kemtron C-16 and Shay, and by the 1960s, had started injecting plastic, going as far as building his own molding machines, which are still in use at Grandt Line today. His work, along with the rest of the family’s, is a lasting legacy that we enjoy with every window, nut/bolt/washer and freight car part casting we use.

But there is another lesson we can take from the Grandt legacy, and this is if you need something for your models, just make it yourself! Yes, Cliff was a master machinist, but average hobbyists like you and I now have access to an amazing amount of technology for making models. You can draw something on the computer, and have a laser cut it, or get it printed in 3-D in a wide variety of materials, including metal. The price of desktop lasers and 3-D printers is such that owning one is now a real possibility for hobbyists and is sure to become even more common. And of course, the same mills, lathes and machine tools that Cliff used are still around, but now they can be connected to a computer and driven by machining software.

I believe in building models, which is why the On30 Annual has always featured so many building projects every year. But we are going to push that further in this and future issues, sharing the latest ideas in 3-D printing, use of computers and whatever other methods, techniques and processes allow modelers to build the kind of models they want.

I’ll suggest that may become a cooperative effort among modelers. Dylan Hutson, who shares some great methods in his C-18 article, needed a one-off number plate for another locomotive. I happened to have a photo of the plate, a strong collection of railroad and period fonts and better than average skills in Adobe Illustrator. I sent him a PDF, and bim-bam-boom, he is having the plate etched for himself, for me, and he can sell a few to the handful of other weirdos that would want that plate. If you need some parts, go make a new modeling friend!

On behalf of associate editor George Riley, myself, and the authors, let’s get modeling!

Note: The Grandt Line catalog of products has since been purchased by San Juan Car Co. 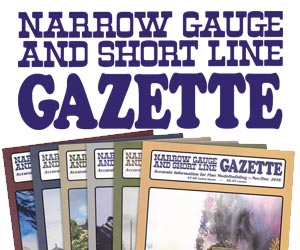